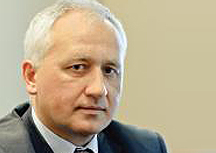 Bernhard Matussek has been a partner at Board Partners since 2017. He is located in the Warsaw office and manages local and European customers and their Executive Search, Management Coaching and Recruitment challenges in Poland. After his Business Administration studies and degree at the Ludwig Maximilians University in Munich he started his Executive Search career in 1994 at Amrop, Mülder & Partner in Munich. In 1997 he opened their new office in Warsaw, Poland and also continued after the merger with Heidrick & Struggles where he became a Principal. Between 2002 and 2015 he was a Partner and from 2005 on the Managing Partner at Kienbaum Polska responsible for the Polish market. He mainly focused on the Automotive, Engineering, Consumer Goods, Banking and Insurance Market segments. Due to his 20 years of networking he belongs to the few sustainable consultants in the market and well-connected mentors for companies entering or expanding in Poland. Living in Warsaw with his wife and kids he speaks perfect Polish and German and is fluent in English.