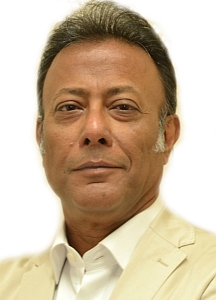 Amit Chatterjee has been a Partner at Board Partners since March 2017, located in Bangalore, India. He focuses on supporting the top management of companies to transform their organisational goals and facilitate the execution of their strategic objectives through sustainable leadership and management. He is part of the integrated Executive Search and People/Organisational Development Service and helps managers run their subsidiaries in India. Through his significant experience in developing managers and running businesses in India for foreign companies, he provides impeccable support to top management and boards of foreign companies on the design and development of management teams to run successful operations for sustainable, profitable growth in India.

Previously, Amit served as the Managing Director of Sartorius group companies (2015 worldwide: 1.1 billion Euro revenue, 6,185 employees) in India between 2001 and January 2017. He joined the group in 1993 as the Head of Sales & Marketing and helped build up the company in India from a start-up situation to its current size. The Indian subsidiary today is the only global hub outside Germany for engineering solutions, R&D and managerial development. He developed Sartorius India from a one million Deutsche Mark level to its current levels of 50 million Euros with global customers and supplier involvement. With 600 people in operations, engineering, R&D and all other corporate functions apart from four sales locations in India, he also set up Sartorius India as a global centre of excellence for reusable technology solutions within the Sartorius group worldwide.

Before joining Sartorius, Amit worked in the vaccine industry as a Sales Manager for Indian Immunologicals (NDDB), one of the most reputed Indian vaccine manufacturers, where he started the business from scratch and served for over nine years to establish the company firmly in the market. A post graduate in chemistry, Amit has a Diploma in Practicing Management from INSEAD, France and a Master of Management from McGill University, Canada. He has been a certified leadership trainer for international managers and lectures on ‘Leadership & Change Management’ and ‘Doing Business in India’ as a guest faculty at the Indian Institute of Management, Bangalore and at the AIT Business School, Bangkok. Amit is also a published author on practicing management and leadership. His first book, ‘ASCENT – A Practising Manager’s Growth Mantra’ was published by Random House India in 2014 and his second book, ‘Married to Management’ was released in 2017.